Approaching a span, I approached a cubit.

Approaching a span, I approached a cubit. 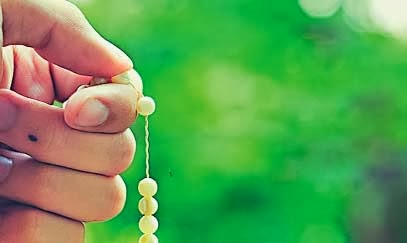 "And the nest who has created man and know what is whispered by him, and We are nearer to him than his neck vein." (The Qur'an: Qaf: 16)

Among the employee is someone grunt than a career. Although it has been working for many years, but he did not much move than when they first entered. Meanwhile, there are new people occupying the same position drove so fast. Known only he was jealous and said, "Ah, he's close to the same boss. No wonder his career quickly. "

With the boss into a career quickly. It memnag natural thing. For a true boss, subordinates due to its proximity to the many outstanding subordinate. Diligent, smart, fast and professional. The term has the competence and integrity.

Nevertheless, the most important of all it is The employee followed the SOP (standard operating procedure,) is applicable. He follows the rules of the company, the faster the performance. Thus, based on its proximity to the boss or the size of the achievement standards specified in the rules. More than that, he is also working on other things that support the company achieve greater profits. And as a man, he was good at making his boss happy, of course in a positive way.

Understanding the position of employees who are always grumbling because his career slowly with new employees who excel, our minds drift into yourself. Seumpamakan in ibadang that run all the commands and away from all the prohibitions. As everyone in the company has a distance to the Lord God. Distance tersbut a position. In the language of Sufism is often called maqam (position). Usually when scholars or pious JV we say the station is high it means distance himself with the relatively close to God. In conclusion, the more devout worship someone, the closer he is to Allah. Process approach to Him called taqarrub.

Taqqarrub to God is not limited only in special worship (ritual) alone. However, it also includes activities related to other human beings, such as muamalah or the moral, and all aspects of human life, whether it is fard 'ayn, obligatory kifayah, or sunnah. Starting from the prayer, zakat, infaq (alms), Hajj and Umrah, filial to parents, to study, strive in the path of Allah, doing good and avoiding evil beramar, being honest sincere, istiqomah, eating kosher food and drink, close the genitals and also do not miss, namely avoiding His prohibitions. All of it is God's most favored activity. In the Qur'an, Allah refers to those who approached him as in Sura al-Tawbah: 99, "Among the wandering Arabs there are those who believe in Allah and the Last Day and make dinafkahkan property (in charity) as a way draw closer to God and as a way to get Rasullulah prayer. "
Posted by Unknown at 11:10 PM