"Trying to Close With God" 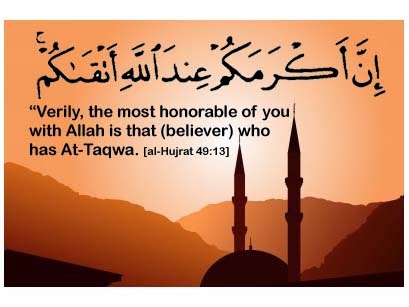 "It's good so important., But most importantly a good person".

"Imagery (living incurred by) the people who spend their wealth in Allah's way similar to sebulir seed that grows seven ears, and each ear a hundred grains. Allah multiply the reward whom He will, God, Knowing vast gifts".

"SO ONLY!" said a friend, throwing it to the proposals on the table. "We've accomplished the work he accomplished-begging". Emotion as he continued walked. Apparently her friend had just received a donation of development proposals boarding. It is the eve of Ramadan usually enter several proposals to perushaannya. There is a donation requested the construction of mosques, boarding schools, madrassas, orphanages, and so on.

However reasksi kesewotannya quite surprising. He is indeed a group that does not agree with Muslims asking for donations. Moreover, veiled women in the red light meyodorkan charity boxes, and small santri in public transport. The most he is cursed portals installed in front of the mosque in the various regions, especially in the coast path. 're Tasty-delish speeding, suddenly in the middle of the road people put obstacles in order to slow the vehicle. By using the net they ask for donations. Against them, man this one keki not playing. Therefore, it is not just asking but already disturbing public interest. Until samapai dai think what there is cooperation with the authorities so perbuatanya not punished.

Regardless of the opinion of the pros and cons, let us cultivate generosity in our hearts, do with real deeds.


God has promised to grant it.
Posted by Unknown at 11:01 PM