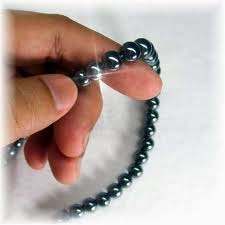 Is the need to relax and enjoy the rest period requirements are heavy? That there are conditions of course, but not heavy. Requirement is only one: Ihsan. The meaning of Ihsan is a sincere intention, namely to work for a living to support his family as God commanded, so her work is worship. Besides sincere intentions, occupation he did must also comply with Islamic law alias honest labor. Terms of this kind is clearly not difficult. However, how many people have done it?

At the moment enjoy the rest also should not be doing things that are prohibited. For example, after work go to discos, indulgence in lust, and drinking alcoholic beverages. Or skip the rest at the gambling table, although only kidding. Often saturated atmosphere of fatigue and stress at work makes people. Home office he needed an outlet to quell the stress. So, they go to 'coffee shops', discotheques, 'cinema', gambling, night clubs, and so on. There to enjoy the night, wreak everything. Even the disco room or cafe made dark and noisy music with one goal could scream out loud vent frustration or stress.

Such activities do not produce forgiveness. And how could a person who works with the intention of worship next departing enter discotheques. Usually that likes to play to places begituan are those who work solely for money. And the money raised is used for worldly pleasures. Even if there are working with the intention of worship then the rest do the same immoral to someone who has debt and the debt will be reduced by giving debt, directly at the time he also adds to the debt. Debt might not be reduced, even increases a lot.

Islam knows the condition of his people. Therefore, through his apostles, God gave an award bsia eliminate fatigue, reduce a sense of stress, relieve fatigue, boredom and discard. In exchange for forgiveness before, someone who will work to optimize the rest after resting well. Quality bertanbah the rest will realize that he had to get something (forgiveness) so that using his rest with the good stuff and kosher. Better yet kalu for chanting. 've Got a reduction in sin, can reward, an advanced heart at ease anyway.

God pardon after working hard for a living is very appropriate. How not, the morning an employee who may have been "clean" from sin, sin may be stacked in the afternoon. When he set out on his already nitip absent, inside and outside her office can not be separated from the women who dressed stimulating, lies in the business he hurled both forced and deliberate. A secretary is usually the most difficult to not lie, if the boss does not want to be disturbed, so he was told to say something that is contrary to fact by his superiors.

Similarly, employees who are in the parts that allow one to throw lies, such as marketing and purchasing. The lie that is often taken for granted that the religious view is clearly a sin. Moreover, the activities do unlawful things, such as corruption, manipulation, finah, and cheating. Of course after work piled her sins. Alhamdulillah, Allah is still fond of his servants to give forgiveness after someone work hard for a living. Allah is All-Knowing.

After he was sincere and considers the work is worship, feeling a little relieved. Sincerity does have great power. Despite a difficult first of all, works really worship, long accustomed too. It is not easy to look the same prayer with computer typing in the office. A paradigm especially long embedded in the minds of someone who is difficult to change. But the promise of God (the lure) forgiveness of sin, his smile has now halted frequently when arriving at the office.
Posted by Unknown at 8:29 PM